Seventy years ago today, just before midnight on 13th March 1945, forty three B-29 super-fortress bombers from the US 314th Bombardment Wing (Very Heavy) arrived in formation in the night sky over Osaka. Tomohiro was just coming up to his first birthday. The US air force had control of the skies so the bombers could fly at the low level of 2,000 metres. The planes dropped hundreds of one ton bombs onto the houses below. Napalm and incendiary cluster bombs were dropped to spread fire over a wide area.

The Osaka civil defence system was no match for the attack. Ground-based anti-aircraft guns had been set up to defend against small groups of planes, not wave after wave filling the night sky. One hundred and seven bombers from the 313th Bombardment Wing (Very Heavy) formed the next waves. One hundred and twenty four bombers from the 73rd Bombardment Wing (Very Heavy) made the final attacks. 1,732 tons of bombs were dropped in three hours, destroying around 8 square miles of the city centre. 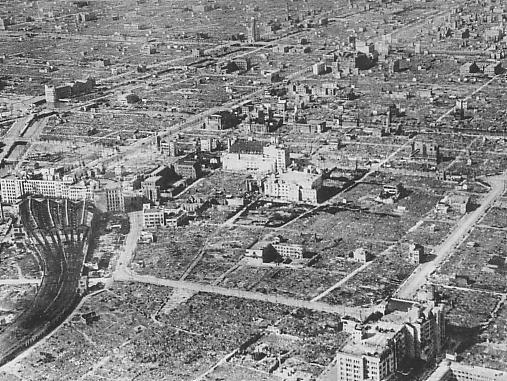 Thousands of Osaka residents were killed and many more were injured. Over half a million people were made homeless. Two US aircraft were lost, one on take-off.

There were more heavy raids on the city in June, again with hundreds of B-29s, and then another on 14th August, 5 days after Nagasaki. A total of 10,270 tons of bombs (92% of them fire-starting) were dropped on Osaka. 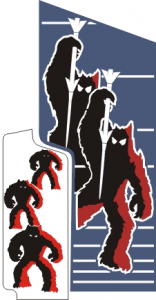 Tomohiro's city was destroyed from above. He named his unwinnable, city-defending simulation "Space Invaders", in English, not Japanese. The high scores and multiple lives reflect the methods of counting the human cost of the bombings. The B-29s were the aliens who invaded his space. Americans were the Space Invaders.